This June, Cliona Hagan is launching The Just Sing Project. A very exciting musical project for school children across Ireland. The project will involve a series of workshops directed by Cliona and her creative team.

A fun, exciting and engaging project for groups of musical students, the Just Sing workshops will occur over 5 weeks. This will conclude with a performance alongside Cliona on stage as part of her ‘Dance On’ theatre headline concert tour in September.

Cliona spoke of her new project, “I can’t wait to bring my Just Sing workshops to schools across Ireland. I really want this project to help young people get a kick-start into Arts and Music”.

Stating that having the students perform alongside Cliona as part of her headline theatre concert tour “will be such a privilege”.

See Cliona Hagan headline her very own ‘Dance On’ theatre tour this Autumn:

Cliona Hagan strives to promote music in communities across Ireland and aims to inspire the younger generation to take an interest in music.

The Just Sing Project will also be a fantastic opportunity for any young budding performer who would like to take their talents to the next level.

The project is free of charge for schools & youth choirs to register.
For more information to register your school, email info@juststageit.net.
Tickets for the ‘Dance On’ tour can be found at www.clionahagan.com/shows. 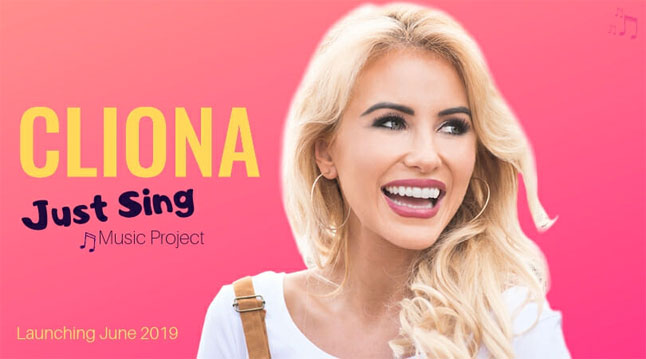